Candlemas – The Presentation of Christ – Looking back and Looking forward

The Presentation of Christ – Candlemas – Looking back & Looking forward

Simeon is described as a righteous and devout man, steeped in the law of Moses, obedient to it, an example of enduring faithfulness. A symbol, in his very person, of the old covenant, lived out, honoured, being brought to fruition. And yet he senses that there is something more to come, that the story is not finished. In that he is quite correct, for actually the story never ends, revelation is never final or full or complete, the mystery of faith is that its fullness always lies just beyond our understanding, always out of reach, yet beckoning us on.

And this is what Simeon, in the maturity of his years and spiritual depth, knows to be true. Whilst the temptations of old age are to settle in our ways, to repeat old patterns, to withdraw into the past, Simeon, and Anna, look forward. They are free. Free to think as their hearts and their consciences guide them, free to think beyond the limitations of the set ways, the general consensus, the way things are done. So too might we strive for that same freedom, that same vision. 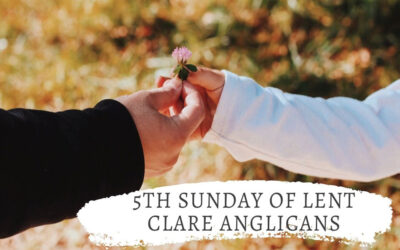 5th Sunday after Easter – The Logic of Love

Of the three virtues that Paul names as over and above all, faith and hope and love, it is love that he names as the greatest. In many ways faith is not only a gift but also as an act of will. We can now see what the disciples later came to perceive, that mutual love is the hallmark of the Christian community, and without it the community cannot claim to be Christian at all. However, this love must extend beyond the demands of mutual dependence and reciprocal service, one hand washing another. It must extend beyond the group that merely cares for its own members and reach out to those beyond its boundaries and notions of what is fitting, included, or acceptable or worthy. Former Archbishop of Canterbury William Temple once said ‘The Church is the only society that exists for the benefit of those who are not its members’. But if we believe this do we truly live out the logic of that statement?

END_OF_DOCUMENT_TOKEN_TO_BE_REPLACED 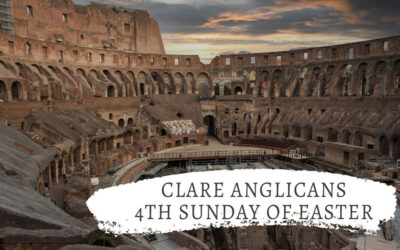 4th Sunday of Easter – A choice between two Empires

‘My sheep hear my voice. I know them, and they follow me.’

The feast of Dedication was a very particular festival of the Jewish year, and a very profound statement about allegiance and faithfulness, contrasted with disloyalty and betrayal. You can imagine that now under Roman rule the Feast of Dedication took on new meaning and relevance, with this time Roman pagan invaders, and those who resisted as best they could, set against some in the Jewish elite who sought to curry favour with their conquerers. In certain ways our modern world, with its accelerating inequalities and divisions resembles the Roman world of Jesus, into which he delivered his Gospel of hope and of choice. As a church and as individual Christians, those choices come starkly to us again as once they did before, though perhaps in new and updated ways.

END_OF_DOCUMENT_TOKEN_TO_BE_REPLACED 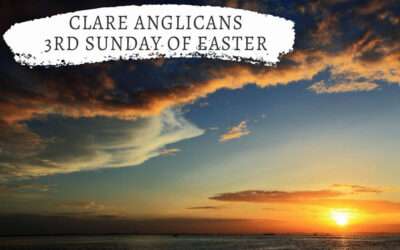 Today’s gospel is a rather curious reading.

You might get the feeling that underneath the words on the surface there is a sub-agenda. And you would be right. On the face of it, the rather convoluted words appear to say one thing, but something else is actually taking place. Because John is drawing together some loose threads in this final narrative, this epilogue of his gospel. The main action concerns the relationship between Jesus and Peter – something needs to be put right, something needs healing; but in the background there is also ‘the beloved disciple’. The relationships are clearly complex, at times anxious, perhaps needy, certainly all too human. What can we learn from the episode itself, and the lives that the disciples then go on to lead?

END_OF_DOCUMENT_TOKEN_TO_BE_REPLACED
Shares
We use cookies on our website to give you the most relevant experience by remembering your preferences and repeat visits. By clicking “Accept All”, you consent to the use of ALL the cookies. However, you may visit "Cookie Settings" to provide a controlled consent.
Cookie SettingsAccept All
Manage consent