What is rich? Is it a sin? – 7th Sunday after Trinity

What is rich? Is it a sin? – 7th Sunday after Trinity

A gospel that preaches “It is easier for a camel to go through the eye of a needle than for a rich man to enter the kingdom of God” and “Alas for you who are rich, you have had your time of happiness” can cause us to shift uneasily in our seats. For in reality who of us, using a comparative measure, is not rich? The term ‘rich’ is rather imprecise. By comparison to the starving even those with a loaf of bread are rich, would it not appear that Christianity and particularly St. Luke’s gospel carries an almost universal condemnation?

But something changed between the short-lived and urgent days of Jesus’s ministry and the faith as it came to be considered by the writers of the gospels and Acts. Is it a sin to be rich? Is it a virtue to be poor? How are we to live lives usually considerably longer than Jesus and his disciples? Do the lessons of Luke’s day have something to teach us in our own time? 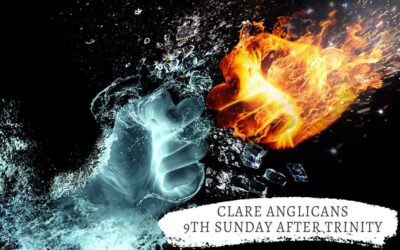 You only have to look at the issues of gender and sexuality to see how churches have become obsessed with fighting changes that wider society has long since adopted and recognised as moral progress. The irony is that there are real battles to fight. Many today live in denial of their own spiritual needs, of the need to feel connections beyond themselves, to their community and the world that surrounds them, to the landscape, the creatures that we so often treat as mere things for our use and the environment that we continue to pollute and abuse. How can we as disciples recapture some of the passion and energy of the heroes of the Christian faith, and provide true moral leadership, without regressing into some of the narrow-mindedness and judgmentalism of the past?

END_OF_DOCUMENT_TOKEN_TO_BE_REPLACED 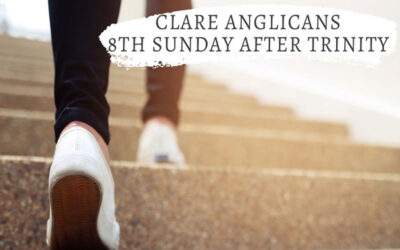 Who are you? Who will you be? – 8th Sunday after Trinity

In writing his gospel Luke has a number of issues to address. As eye witnesses of Jesus’ life and teaching are passing away, he wants to leave a lasting record and legacy of those days, he wants the gospel, the good news to be freely available to all who are ready to hear, and also he wants to stiffen the sinews of those who continue to follow Christ, to put iron in their resolve, to bolster their determination. So he relates the story of the householder and the servant, part encouragement and part admonition and warning. In our own way, we too are subject to the same concerns and obstacle to our own spiritual growth. What is holding us back from becoming the person we are meant to Be?

END_OF_DOCUMENT_TOKEN_TO_BE_REPLACED 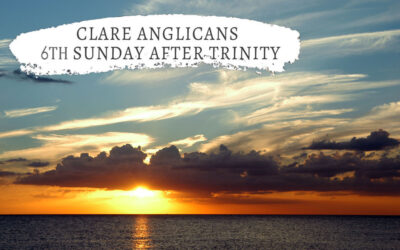 How can the Kingdom come? – 6th Sunday after Trinity

One could argue that each era of the Church has been typified by an emphasis, an over emphasis of one aspect of the Trinity to the detriment of the other – interacting with great tidal movements in human history; in part shaping them, but also being shaped by them.The earliest church was a Jesus movement, founded by his closest disciples, people with personal experience of him, who then handed on to the next generation who remained faithful to a person who they had never met, but who still felt close enough almost to touch.

Almost overnight, and on the whim of one particular Caesar, the Christian faith went from being the most dangerous choices one to make, to one of the safest and the most socially advantageous, no longer outlawed but out in the open, adopted by the Roman Empire as its official religion, the cult of a person transformed into a vast organisation that matched, in certain ways, the structures of power and domination that had adopted it. And a price was paid. How deep and how long that price extended is a burning question for today

END_OF_DOCUMENT_TOKEN_TO_BE_REPLACED
Shares
We use cookies on our website to give you the most relevant experience by remembering your preferences and repeat visits. By clicking “Accept All”, you consent to the use of ALL the cookies. However, you may visit "Cookie Settings" to provide a controlled consent.
Cookie SettingsAccept All
Manage consent