To borrow a phrase from the course of that name, we believe in ‘Living the Questions’. Below you will find resources, talks, videos, recommended books, writer and thinkers, mainly within progressive Christianity circles, and more, for people who want to engage with the deep questions of life, without expecting glib or easy answers. What is clear is that we undertake this journey in the company of Jesus of Nazareth, the community that he created and the generations since who have sought to engage with the meaning of their own lives, the issues and problems of their world and now our own wrestling with the challenges and uncertainties of our own contemporary world. We may not agree with every view expressed below, but we hold dear those who voice them, and take our inspiration from their courage, integrity and wisdom. Of course, new talks and videos become available all the time, and if you think we should give some space to resources that you value – please let us know. We can’t promise to post everything, but we will be pleased to hear from you. 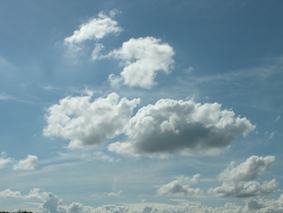 Marcus Joel Borg (1942–2015) was an American New Testament scholar and theologian. He was among the most widely known and influential voices in progressive Christianity, and as a fellow of the Jesus Seminar, Borg was a major figure in historical Jesus scholarship, a prolific writer, lecturer and broadcaster. He retired as Professor of Religion and Culture at Oregon State University in 2007 and died eight years later at the age of 72. He is very sadly missed. A selection of his books can be found here.

John Shelby “Jack” Spong (born June 16, 1931) is a retired bishop of the Episcopal Church. From 1979 to 2000, he was the Bishop of Newark, New Jersey. A liberal Christian theologian, religion commentator and author, he calls for a fundamental rethinking of Christian belief away from theism and traditional doctrines and towards a community of inclusiveness and acceptance – he remains a deeply controversial and polarising figure in Christianity – perhaps the acid test of how open we are to unsettling challenge. A selection of his books can be found here.

Karen Armstrong OBE, FRSL is a British author and commentator of Irish Catholic descent known for her books on comparative religion. A former Roman Catholic religious sister, she went from a conservative to a more liberal and mystical Christian faith. Her work focuses on commonalities of the major religions, such as the importance of compassion and the Golden Rule. A selection of her books may be found here.

John Dominic Crossan is an Irish-American New Testament scholar, historian of early Christianity, and former Catholic priest who was a prominent member of the Jesus Seminar. His research has focused on the historical Jesus, on the cultural anthropology of the Ancient Mediterranean and New Testament worlds. He collaborated with Marcus Borg on research, books and Christian courses. A selection of his books can be found here.

Richard Rohr, OFM, is an American author, spiritual writer, and Franciscan friar based in Albuquerque, New Mexico. He was ordained to the priesthood in the Roman Catholic Church in 1970. Founder of the Center for Action and Contemplation (CAC) he bears witness to and personally seeks to advance a rebirth of Christian mysticism and contemplative prayer. A selection of his books can be found here.

Matthew Fox is an American priest and theologian. Previously a member of the Dominican Order within the Roman Catholic Church, he later became a member of the Episcopal Church. Fox was an early and influential voice in a movement that came to be known as Creation Spirituality. The movement draws inspiration from the mystical philosophies of such medieval Catholic visionaries as Hildegard of Bingen, Thomas Aquinas, Saint Francis of Assisi, Julian of Norwich, Dante Alighieri, Meister Eckhart and Nicholas of Cusa, as well as the wisdom and prophetic traditions of Jewish tradition. Creation Spirituality is also strongly associated with contemporary ecological and environmental movements and embraces numerous spiritual traditions around the world, including Buddhism, Judaism, Sufism, and Native American spirituality, with a focus on “deep ecumenism.” A selection of his books can be found here.

Walter Brueggemann is an American Protestant Old Testament scholar and theologian who is widely considered one of the most influential Old Testament scholars of the last several decades. He is an important figure in modern progressive Christianity whose work focuses on the Hebrew prophetic tradition and socio-political mission of the Church. He argues that the Church must provide a counter-narrative to the forces of consumerism, militarism, and nationalism. A selection of his books may be seen here.

Tex Sample is a specialist in church and society, a storyteller, author, and Emeritus Professor of Church and Society at the St. Paul School of Theology, a United Methodist seminary in Kansas City, Missouri, where he taught from 1967–1999. He has a gift for telling stories from his childhood in the south, the influence of enlightened parents and the atmosphere of recism that he encountered in some, and generous and loving openess in others. His books may be seen here.

We use cookies on our website to give you the most relevant experience by remembering your preferences and repeat visits. By clicking “Accept All”, you consent to the use of ALL the cookies. However, you may visit "Cookie Settings" to provide a controlled consent.
Cookie SettingsAccept All
Manage consent