2nd Sunday after Epiphany – A glimpse behind the curtain

In the gospel reading we have this rather odd encounter between Jesus and Nathanael. As miracles go it doesn’t seem a big one. But the words cannot truly capture what is really going on – the personal encounter – the fact that in the moment Nathaniel meets Jesus, he feels something that he has never felt before, but had yearned for. Something that we all, in our own way, long for. The Baptism of Christ

Luke tells a good and powerful story. If he were alive today he would be a movie-maker, telling his story in the modern way. And like a cinema film, Luke is telling several stories at once. Not necessarily all drawn from the same actual event, but from many events that happened over a longer period of time. But he combines them with consummate skill into one narrative, one dramatic happening in order that we might learn and understand – he is less concerned with exact factual accuracy that he is with us taking Jesus’s example and seeking to follow it in our own lives and communities. Whatever the future of Christianity holds, and there will be great surprises along the way, it will have to teach people how to believe and live and not dwell simply on what to believe. The story about the three Wise Men, sometimes known as Kings, sometimes called the Magi, is contained only in the Gospel of Matthew. Whether it really happened in the way that Matthew describes is not the point. The ancient people were quite relaxed about real events being mixed up with ancient legends – not to obscure the truth, but to bring it out, to make it real. The Three Kings, and the Shepherds, serve as symbols that all of us, great and small, the rich and powerful, poor and vulnerable, young and old, east, west, north and south are called to hold in our hearts another king, but a king of humility, of compassion, of justice, of mercy and of self-giving love. 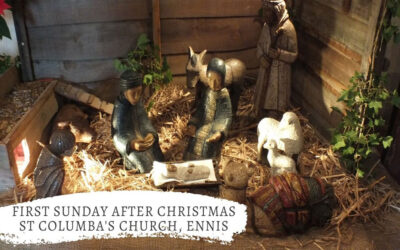 1st Sunday after Christmas – Truth beyond all measure of fact Christmas Service – Joy in the smallest of things

The challenge of Christmas, the challenge of the Christ-child lying in a roughly hewn animal feeding trough, is to re-discover the joy and wonder of life. To explore its simple beauties, its transcendent joys, its moments of sheer poetry and surprise, sometimes fleeting, sometimes in the smallest of things. 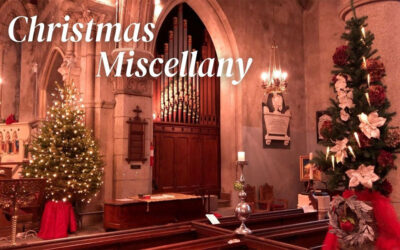 Christmas Miscellany is a collection of carols, prayers, reflections and music gathered from the churches of the Catholic Diocese of Killaloe and the Church of Ireland Diocese of Limerick and Killaloe, and hosted and edited at St Columba’s Church, Ennis. It is particularly heartwarming to reflect that, at this time of Covid, the reaction of churches has been to collaborate and unite in a shared programme of celebration and thanksgiving. In time we will find that Covid 19, much as we deplore it, has taught us many things. Not least among those lessons will be the knowledge that what unites us, what brings us together, what we share, what we love, what holds us together, is so much more than what divides us. Third Sunday of Advent – Crying out in the Wilderness

Our world would listen to a church that with humility but also with resolve and with wisdom, pointed us to a way of living, a way of loving, a way of being fully alive, fully human, fully at one with the God who made us and who speaks daily into the wilderness of our own hearts, if we would but listen. We are not that church. We are not that people. Yet. But we could be. Second Sunday of Advent – A life of the Spirit – not Religion

Jesus instead wants us to be whole rather than religious, he calls upon us to be loving rather than moralistic and self-righteous, to be inclusive rather than exclusive and divisive, to live life abundantly rather than be constrained and withered by guilt and shame and failure to follow impossible rules. It was this freedom, this emancipation that caused people to seek out the baptism of John, and it was this experience of limitless and indiscriminate love that compelled the multitudes to Jesus’ side and made them hang upon his words. This must be the task of the church of the future. To preach the gospel that promises us our release from captivity, from the chains that bind us and to discover the liberty, at last, to realize our full potential, our full dignity, our fullest and truest humanity. 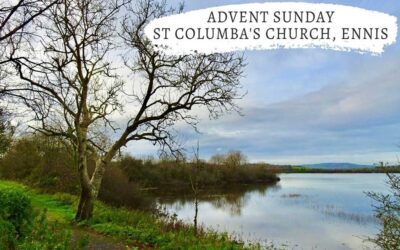 We commence our journey through these days of Advent, leading to a destination that is not so much a finish line as it is a starting point, not so much a goal, as a waypoint on our Christian journey. A new beginning, but also a continuation. But do we need to continue the reactions and fears of the past in our own spiritual lives and our own reading of scripture? Perhaps we might understand the words of Jesus in a less literal but also more ‘revealing’ way. Advent is a good time to ask those questions…. our entire life long is the time to answer them. The Kingship of Christ

Christ is a strange sort of King. By worldly reckoning kings should be dripping in jewels, living in enormous palaces with hot and cold running servants. Privileged, pampered and powerful. But the Kingship of Christ is not of this world, and not of such indulgent and transient standards. Indeed, Christianity itself cannot be judged by the corrupt and superficial measures that our society employs. For the Gospel of Christ, the Kingship of Christ turns the world upside down. A faith that changes and grows -2nd Sunday before Advent

As Christians we are not called to be curators and our faith is not to be locked in a museum. Our faith is not a refuge or hiding place, or a port in a storm, but a source of challenge, of renewed energy and the courage to imagine and to create a better world. Our faith must live and grow and change and prosper – we must leave our world and our faith a little better for them having passed through our hands, for one day we too will be asked to make an account of what kind of stewards we have been. 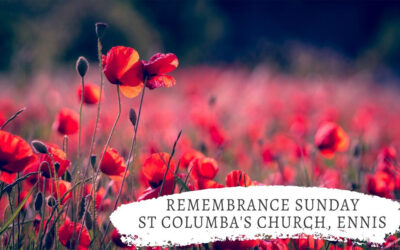 Remembrance Sunday – Neither forget nor repeat

In this service we make an act of commemoration but not celebration; we hold in our prayers those who have died and suffered in two world wars, in countless regional conflicts and in peace-keeping duties around the world. We mourn their loss and their suffering; the failure of politics and diplomacy that led to their sacrifice on the altar of human pride, obstinacy and indifference, and we also confess the darkness in our own hearts that all too often gives way to anger and seeks retribution. We pray that humanity may, before it is too late, consign war to the sins of history, and instead walk the ways of conciliation and peace. 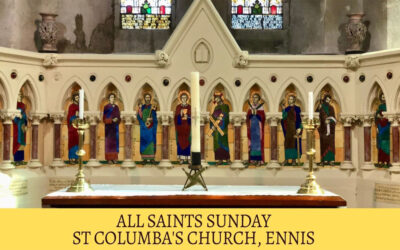 At ‘All Saints’ we commemmorate those who the Church has held up to us through long years of tradition and prayer as somehow having an exceptional degree of holiness, sanctity, and virtue. Some of course are legends, myths of the Christian tradition, but many were real people, who have lived and hoped and dreamed, laughed and cried, loved and lost. They might also have been selfish, like us, sinful and imperfect like us, very very human, like us. But there was something. A spark – something compelling that spoke of hope, of forgiveness of peace. At this time of year we also commemorate ‘All Soul’s’ – those who were not particularly famous, nor are they generally held as examples to many but we remember those who are so inextricably linked with us that they may well have been amongst the most important influences in our lives. 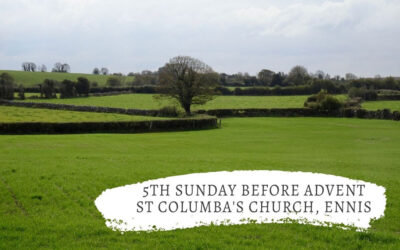 Christianity, as simple and as hard as this – 5th Sunday before Advent

Jesus issued the two great commandments: that we should love God with all our hearts and we should love our neighbours as ourselves – on these two hang all the law and the prophets. In other words, this is it, the Christian faith pared down to the absolute essentials. Such simple sentences to say and to remember, and yet how difficult to actually live up to. Moreover, before we even start, what does it mean to love God, and quite what is entailed by loving our neighbour? What do we mean by God, and who do we mean by neighbour? Harvest Sunday – Things ain’t what they used to be

Supermarkets and the efficiency of the international trade in foodstuffs, mean that our tables and fridges groan under the weight of delicious fresh food whenever and from wherever we want. But a casualty of that surplus has been our keeping of Harvest. The older of those among us will remember when the Harvest Festivals of the past were a much more important part of local and church life. But much of that has gone, with multiple harvests, products now available throughout the year, and if the harvest is poor then the supermarkets can always import. In this way many people, especially in towns and cities, can increasingly feel disconnected from the land and from our farmers and farms. Thankfully here in western County Clare, our farmers and our farms are still close and dear to us. Be the change you want to see – 18th Sunday after Trinity

In Matthew’s gospel the story of the wedding banquet is not really about a social event, but is an analogy of the the Kingdom of God. And the Kingdom does not happen by itself, but through the dedicated work of its people. To play our part in the creation of the Kingdom, we need to imagine what God’s rule and justice might look like and then seek to live according to that way and not the ways of the world that surrounds us. As Mahatma Ghandi once said ‘Be the change you would like to see in the world’. He also reminded us that “Whatever you do will be insufficient, but it is very important that you do it.”

« Older Entries
We use cookies on our website to give you the most relevant experience by remembering your preferences and repeat visits. By clicking “Accept”, you consent to the use of ALL the cookies.
Cookie settingsACCEPT
Manage consent

Any cookies that may not be particularly necessary for the website to function and is used specifically to collect user personal data via analytics, ads, other embedded contents are termed as non-necessary cookies. It is mandatory to procure user consent prior to running these cookies on your website.